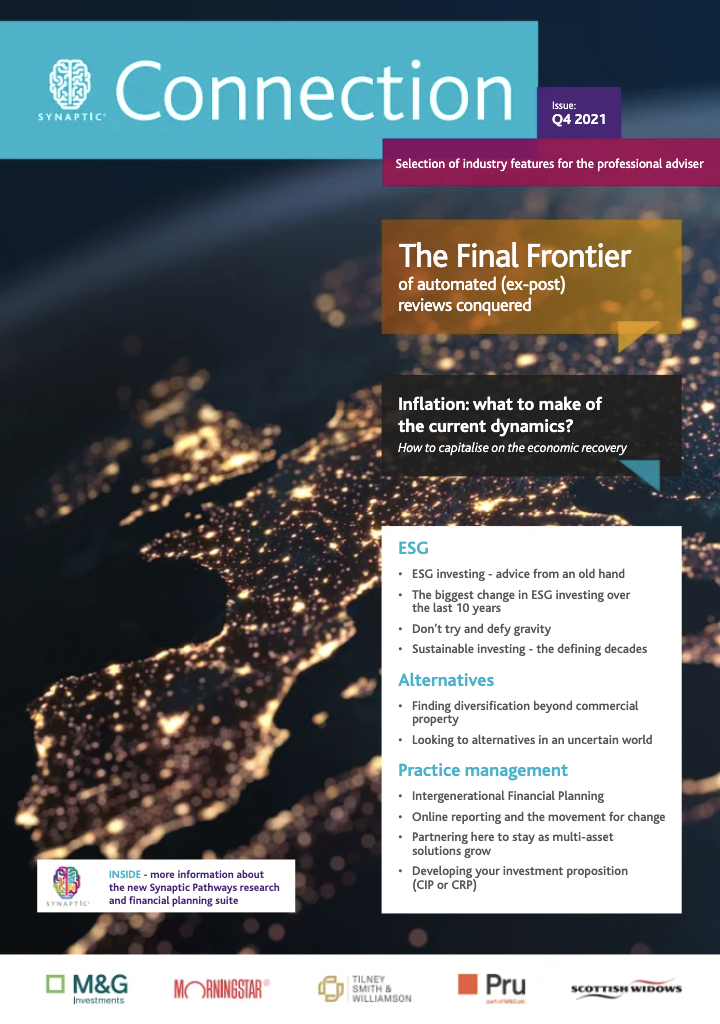 A lot can happen in 30 years. Over the past three decades, we have seen explosive progress in science, technology and communications. In the same timeframe, the need for sustainable practices has become paramount. On the 30th anniversary since the origins of our Global Sustainable Equity team, we take a look at the developments that have shaped sustainable investing and the world we live in today.

"Seven decades since its creation, reaching 381 million tonnes in 2015.1 Meanwhile, atmospheric CO2, which contributes to the warming of the planet, has continued to climb."

The 1987 paper Our Common Future, otherwise known as the Brundtland Report, provides the origins of sustainable investing. This defined 'sustainability' as "development that meets the needs for the present without compromising the ability for future generations to meet their own needs". It was upon these principles that the Global Sustainable Equity team began investing four years later.

Here, we look back at the drivers of development.

As the standard of living improved across much of the world, so did global life expectancy. By 2011, the population reached seven billion – a billion increase on 12 years prior – and the human impact on the environment had become stark. Resource use, waste production and environmental damage have been accelerated by population growth and worsened by consumer habits in a linear economic (take-make-dispose) model. Plastic production has rocketed in the seven decades since its creation, reaching 381 million tonnes in 2015.1 Meanwhile, atmospheric CO2, which contributes to the warming of the planet, has continued to climb.

The pace and intensity of human's impact on the planet are clear. As the global population has grown, so too has consumption of the Earth's finite natural resources. This poses the key question that the world is currently grappling with – are we prepared to accept the potentially uncomfortable trade off and cost of moving from an unsustainable linear economic model to a circular economy based around renewable, electric and digital drivers?

The technological architecture of today's world is built around the Internet. Data can be stored, managed and accessed without having to own physical infrastructure such as data servers. This technology, known as 'cloud computing', enables efficient, on-demand and multi-platform remote access to a broad network. This technology can help drive sustainability initiatives. A study by Accenture highlighted that if all businesses migrate to the cloud, we could see a 59 million tonne reduction in CO2 emissions, the equivalent of taking 22 million cars off the road.2

The past 30 years has seen great strides in clean technology innovation too, with solar, wind, hydropower, geothermal and tidal energy making up the largest types of renewable energy. Between 1990 and 2018, total worldwide renewable energy supply grew at an average annual rate of 2%, compared to the 1.8% in total energy.3

Batteries are another important component of sustainability and is an area that has seen a huge inflection in innovation over the past decade. To achieve higher penetration of renewable energy, it must be possible to capture, store and use energy when needed. Advances in battery technology have therefore been key to the movement away from fossil fuel dependence.

Lithium-ion batteries, rechargeable batteries found in portable electronics such as mobile phones and laptops, as well as hybrid and battery electric vehicles (EVs), have been game changers. Today's EVs benefit from the long-range capability and lightweight design afforded by lithium-ion batteries. The past decade has seen lithium-ion battery production surge, leading to an 85% decline in price which has made EVs commercially viable. Last year alone, global EV sales grew by 41%.4, 5

The path to a circular economy

As set out 34 years ago in the Brundtland Report, sustainable development is development which meets the needs of the present without compromising the ability for future generations to meet their own needs. Over the past three decades there has been huge progress in sustainability, yet significant challenges remain and, as things stand, we remain on a destructive path with an economic model that is still linear and fossil fuel driven.

As science and technology have improved, so has our understanding of what is needed to make the planet sustainable. We believe the next step in the planet's sustainability journey is to decouple growth from the consumption of finite resources by operating through a circular economic model. In this model, the future will be shaped by renewable, electric and digital forces. By continuing to evolve and commit to the technologies already in place we believe it is possible, and essential, to switch to the circular economic model.

The views presented are as of the date published. They are for information purposes only and should not be used or construed as investment, legal or tax advice or as an offer to sell, a solicitation of an offer to buy, or a recommendation to buy, sell or hold any security, investment strategy or market sector. Nothing in this material shall be deemed to be a direct or indirect provision of investment management services specific to any client requirements. Opinions and examples are meant as an illustration of broader themes, are not an indication of trading intent, are subject to change and may not reflect the views of others in the organization. It is not intended to indicate or imply that any illustration/example mentioned is now or was ever held in any portfolio. No forecasts can be guaranteed and there is no guarantee that the information supplied is complete or timely, nor are there any warranties with regard to the results obtained from its use. Janus Henderson Investors is the source of data unless otherwise indicated, and has reasonable belief to rely on information and data sourced from third parties. Past performance is no guarantee of future results. Investing involves risk, including the possible loss of principal and fluctuation of value.

Not all products or services are available in all jurisdictions. This material or information contained in it may be restricted by law, may not be reproduced or referred to without express written permission or used in any jurisdiction or circumstance in which its use would be unlawful. Janus Henderson is not responsible for any unlawful distribution of this material to any third parties, in whole or in part. The contents of this material have not been approved or endorsed by any regulatory agency.

We may record telephone calls for our mutual protection, to improve customer service and for regulatory record keeping purposes.

Keep up to speed with everything you need to know each quarter, by email or post.